Skip to content
You are here: Home > About Parliament > News > Governor's virtual visit to Parliament
Listen 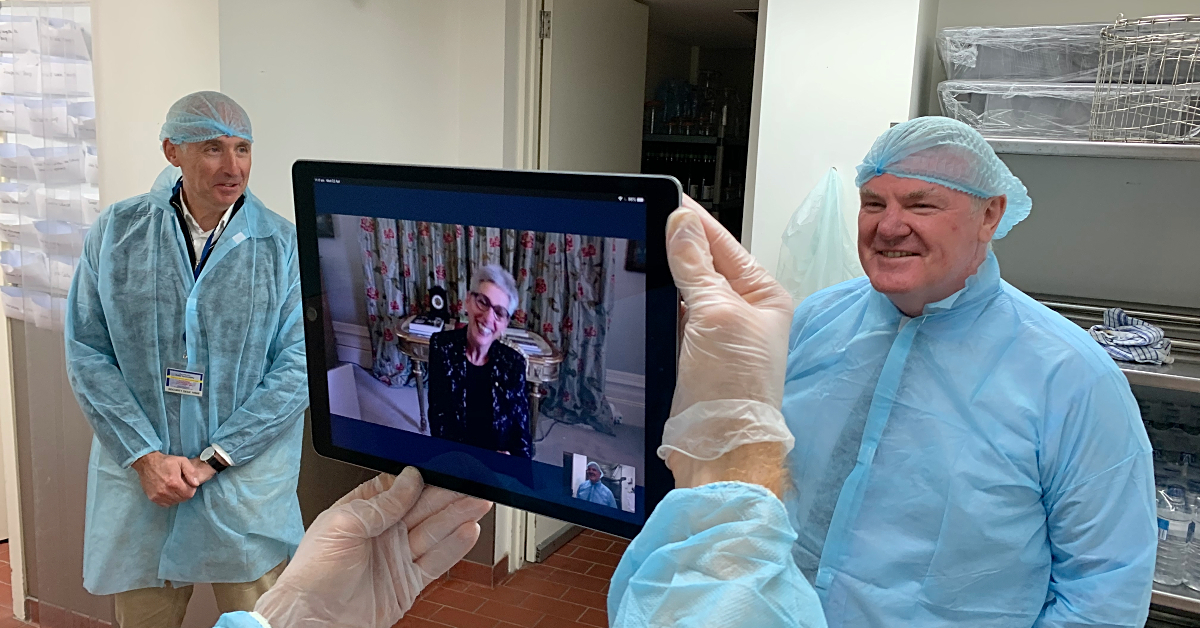 The first ever virtual visit by the Governor of Victoria has been conducted at the Parliament House kitchens.

The Honourable Linda Dessau AC met with catering staff and thanked them for the work they are doing to prepare thousands of meals each week for people most in need during the COVID-19 emergency.

The Governor was welcomed to the Parliament House kitchens by the President of the Legislative Council Shaun Leane and the Department of Parliamentary Services Catering Manager Paul McConville. 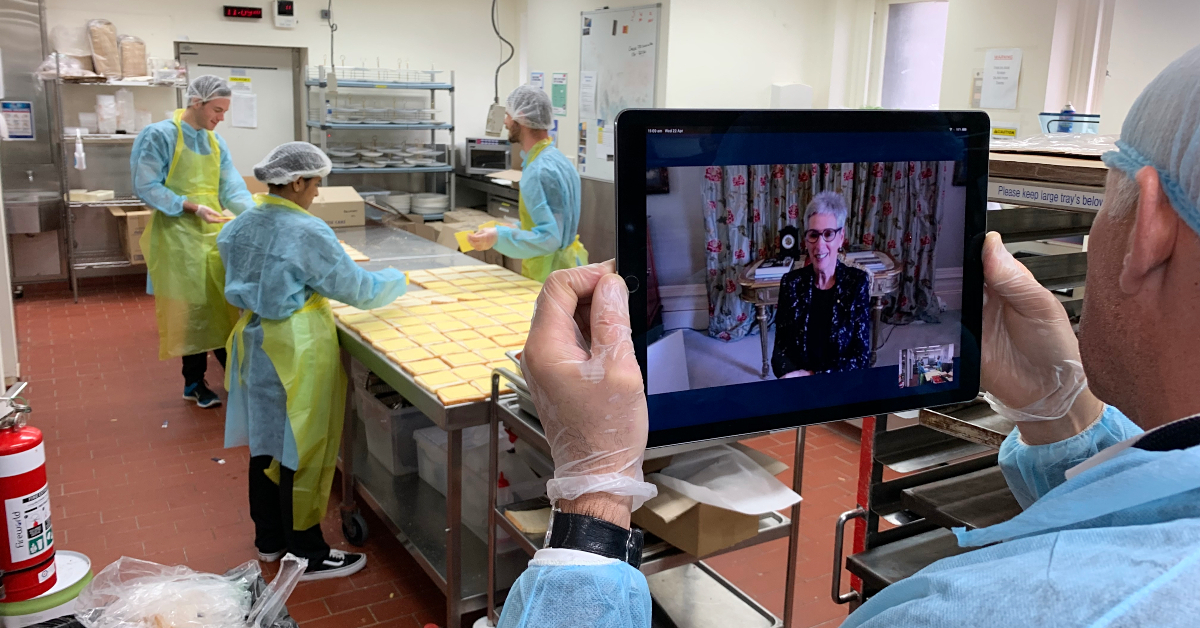 Since the meals initiative began in late March, more than 30,000 meals have been prepared by Parliament’s catering team, together with agency staff who have been able to get work as a result.

The meals are being delivered to vulnerable community members by a range of charitable organisations, and Major Brendan Nottle from The Salvation Army in Melbourne was on hand to speak with the Governor during the virtual visit. 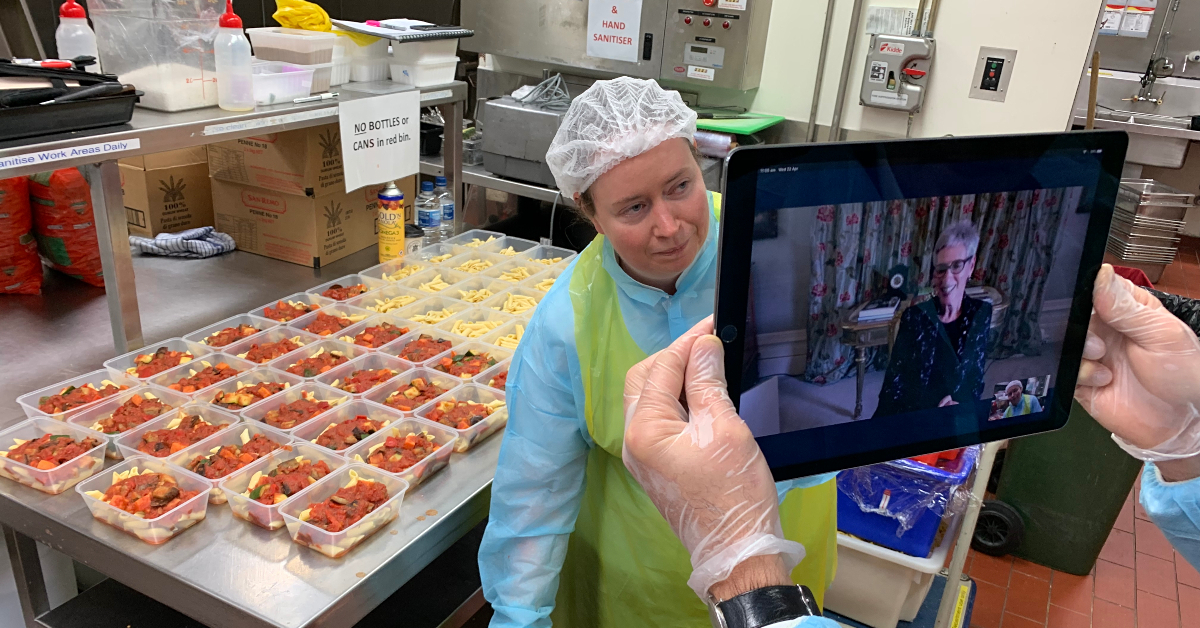