The Legislative Council’s first regional sitting in nine years has been declared an overwhelming success.

Primary aged students in Mansfield, Corryong, Tallangatta, Myrtleford and Bright were captivated by engaging presentations on the work of Parliament and had the opportunity to see the Black Rod close up. 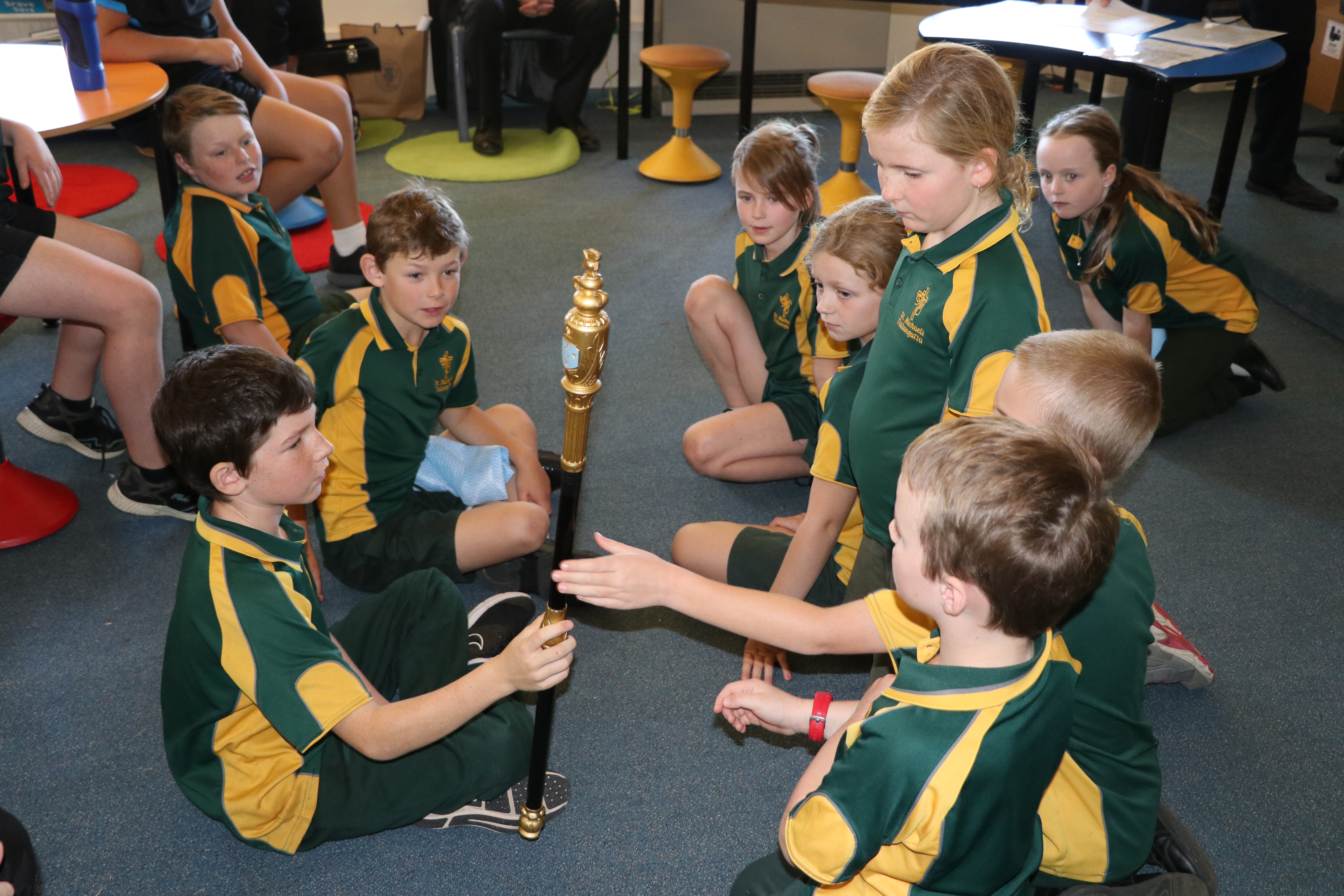 President Nazih Elasmar was joined by several of his Upper House colleagues for a site visit at the La Trobe University border campus in Wodonga. 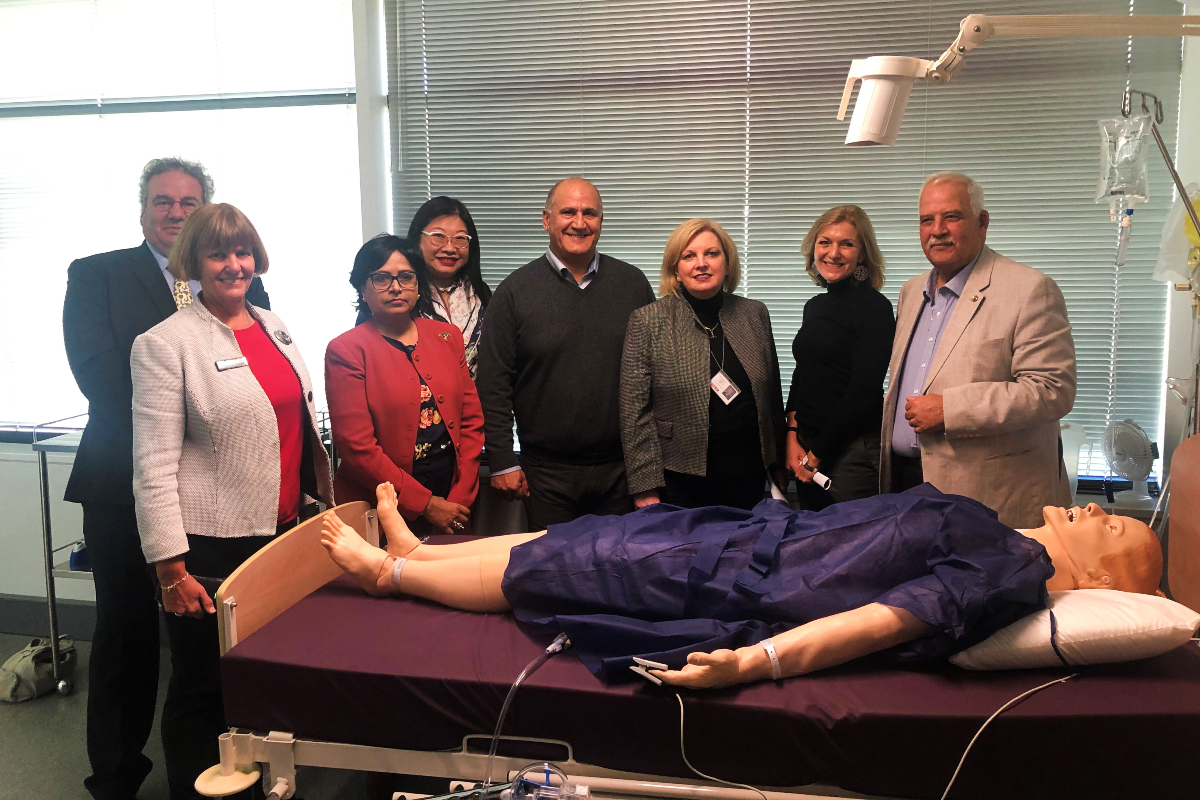 An Indigenous cultural burning demonstration in Shepparton attracted interest at the Environment and Planning Committee’s hearings into ecosystem decline in Victoria.

The Legal and Social Issues Committee held a hearing into the use of cannabis in Victoria, in Beechworth; while the Economy and Infrastructure Committee heard first-hand witness accounts of the impacts of COVID-19 on the tourism and events sectors, in Bright. 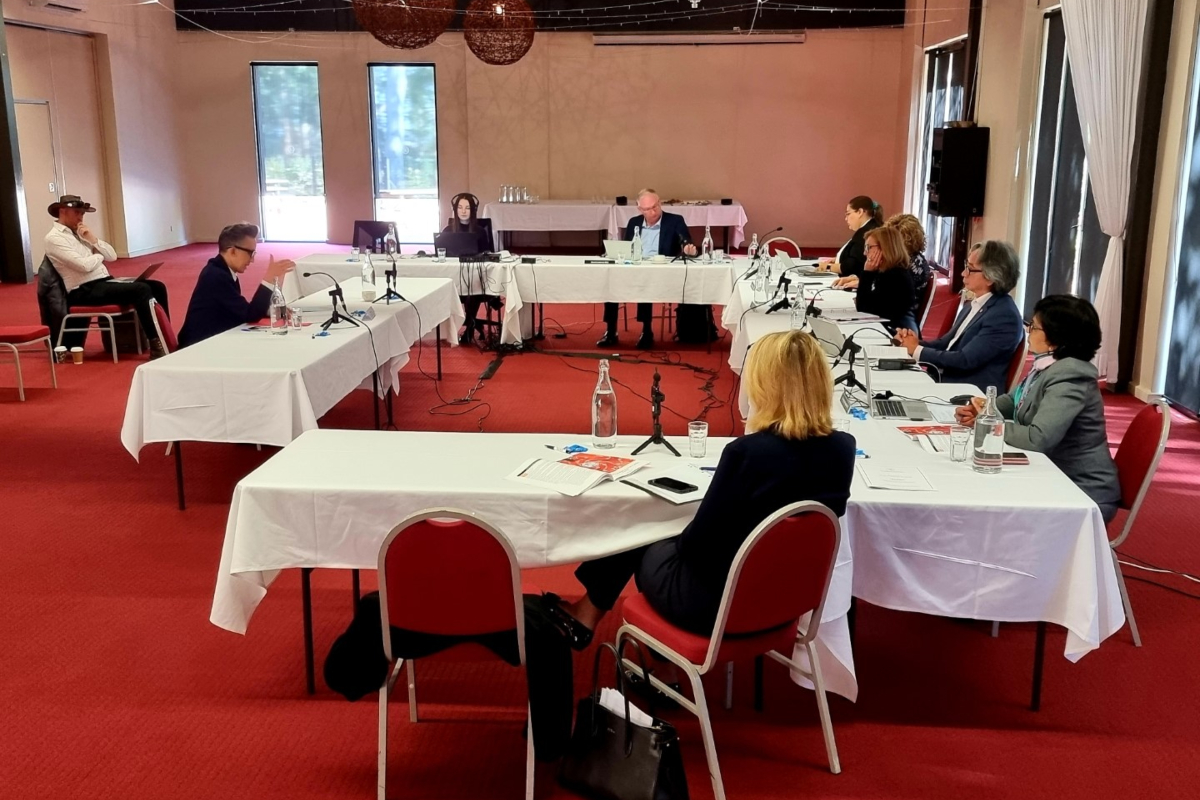 On 29 April the bells rang, and Members streamed into the football club rooms at The Pavilion in Bright, which was transformed into a makeshift chamber.

The Usher of the Black Rod led the President to the Chair and he delivered opening remarks including thanks for the local hosts. 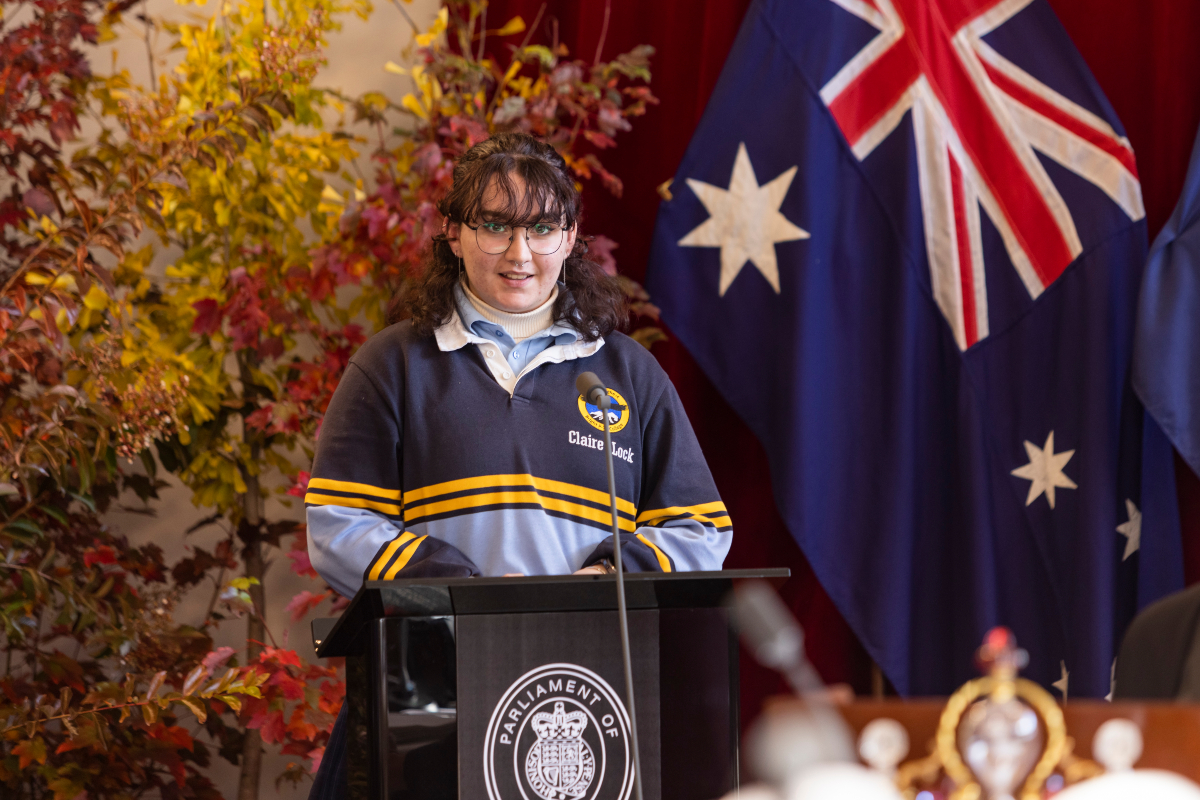 Members of the public along with students from Mount Beauty Primary School keenly watched proceedings, including question time from the gallery.

Council Members spoke on a motion moved by the Leader of the Government that the House acknowledge the 2019-20 bushfires and their devastating impact on regional communities. It passed with unanimous support. 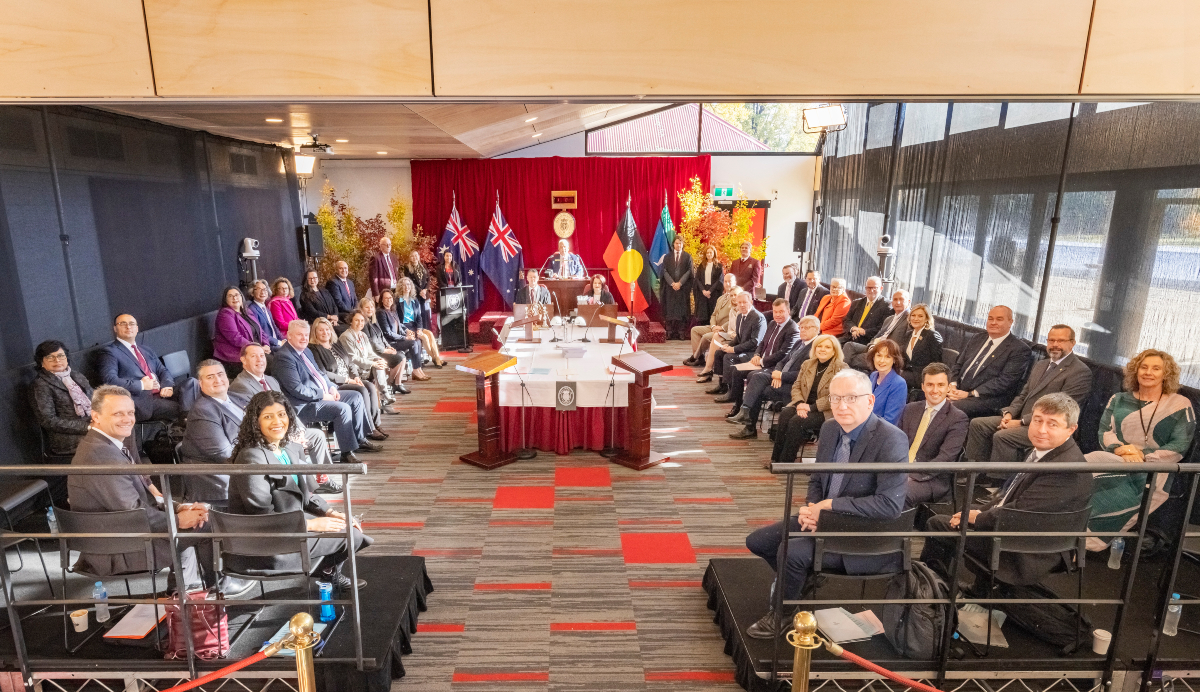 The Farmers Market was abuzz with North East producers taking advantage of the opportunity to showcase their talents and wares. 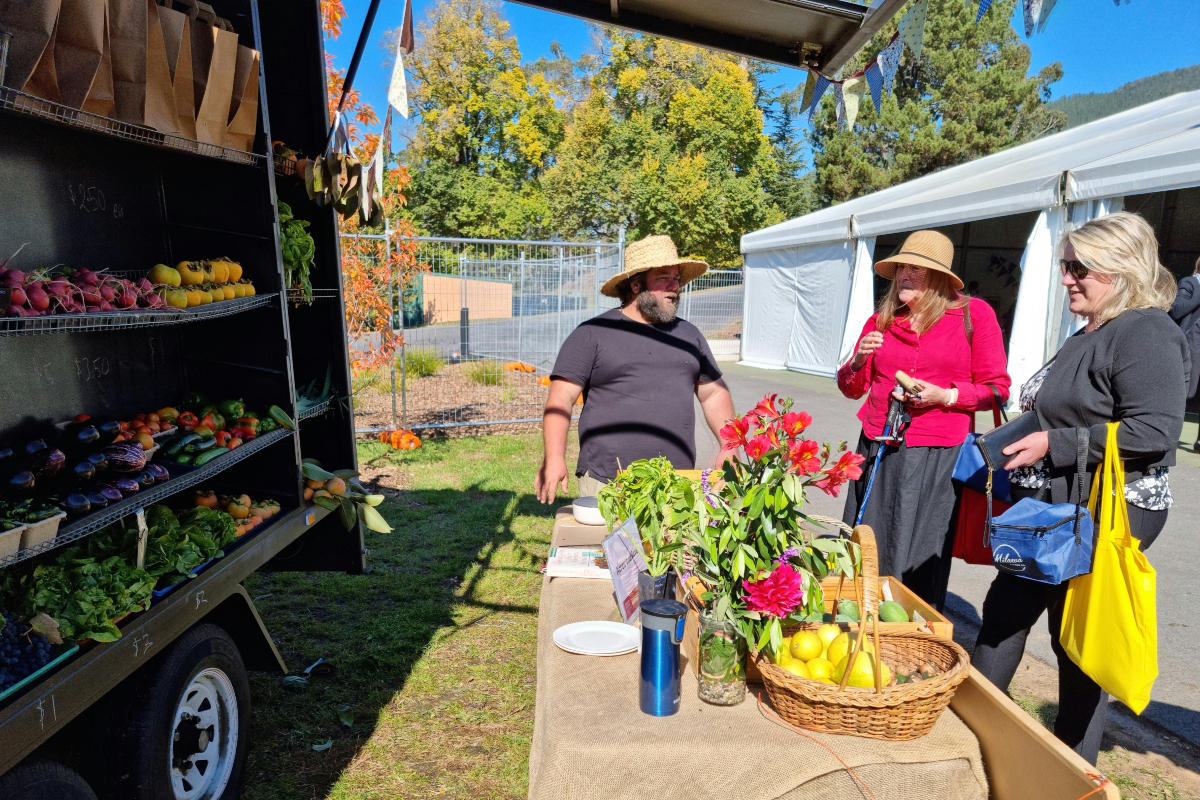 The committee hearings and sitting itself attracted widespread media attention, most notably from the ABC which broadcast state-wide live from prime position at the venue with a range of on-air guests including the President and Council attendant Chris Welstead. 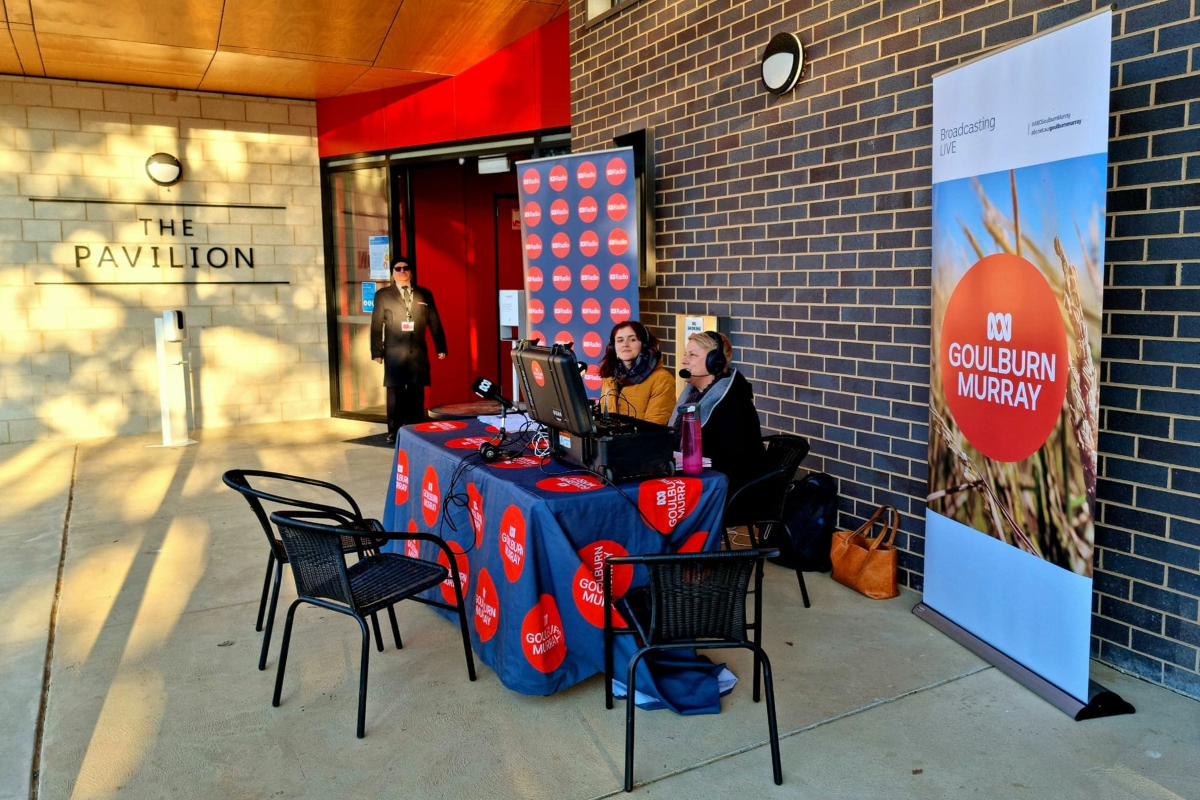 For all the highlights and to see how the week unfolded check out the Parliament of Victoria’s social media channels: Facebook (VicParliament), Twitter (@VicParliament) and Instagram (victorianparliament).